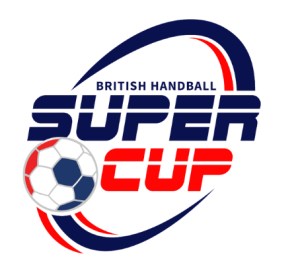 We are looking to recruit a team of enthusiastic volunteers to help deliver the British Handball Super Cup 2022 at Oriam, Scotland 21st & 22nd of May 2022.

What is the British Super Cup?

The British Handball Super Cup is a national weekend event which showcases the best of handball in the UK. Scottish Handball, in conjunction with the British Handball Association, England Handball and Oriam, Scotland's Sports Performance Centre, will host the spectacular event for the next three years.

In the event, the top two placed male teams and the top two female teams from the Scottish National Handball Leagues and English Premier Leagues compete infront of a Scottish crowd for the title of British Champions. The top three placed teams from the British Super Cup event will also earn themselves a spot in the EHF European Cup. This event will be professionally streamed on Scottish Handball Digital Channels as well as potentially online via BBC Sport.

We are looking to recruit for a team of general on-site volunteers as well as specific Table Official, and Media roles. These are non-paid roles, however volunteers will recieve an event T-shirt, VIP Access All Areas Pass, as well as refreshments through out the two days.

You will need to be available for the 21st and 22nd of May 2022, and potentially a few evenings for virtual calls on the run up to the event. Volunteers must source their own transport and accomodation across the event weekend.

Roles will be asked to support with (but not limited to) the following: ​​​

General on-site volunteers do not need any prior event experience.

Experience desired, however Table Officials will be given additional training prior to event

Media volunteers will be expected to support with only one of the listed areas:

To apply please state which role you are interested in and send a brief CV to office@scottishhandball.com