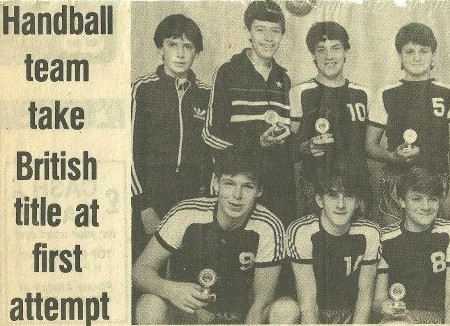 Stevie has led the SHA with distinction for 23 years, and is now leaving to concentrate on other professional commitments. He departs with best wishes and much gratitude from the SHA Board for his peerless contribution, and no doubt also from the wider Scottish, UK, European and World Handball families – in which he has been a leading figure for four decades.

Stevie has been involved with Handball for 41 years since he first joined the Tryst '77 junior club in March 1981.  He progressed to playing in the senior team when they were successful in winning both the British league in the early 90’s.  He was then coach when Tryst '77 HC won the British Cup against Liverpool in their home court during that period.

He left the club in 1996. During this time his professional career was in the IT industry. He then moved to Edinburgh and in 1998 established Edinburgh Handball 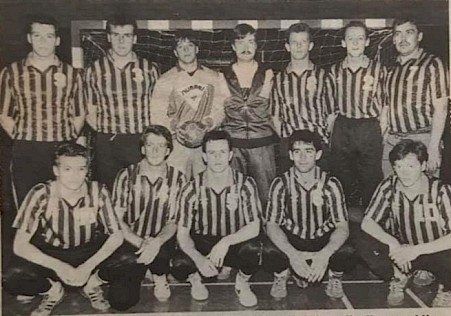 club.  He then started the beginnings of the current Handball development programme in West Lothian in partnership with the council there.  In 1999 he was the GB assistant Men’s coach in Cyprus at the first edition of the Men’s Challenge Trophy.  Also in 1999, he re-established the Scottish Handball Association which had been dormant for around 7 years and became the Chair.  At the end of that year, he joined Microsoft and continued to volunteer in Handball.

Following a meeting at his house in Edinburgh in 2001, it was agreed that there should be less focus on the British level and more focus on Scottish development the local authority programmes began to grow.  The Scottish Men’s and Women’s league were re-established.  He became the Chair of British Handball in 2004.  Leading the organisation through the funding process for London 2012 and establishing the Olympic preparation programme in Denmark.  He left the BHA to focus more on 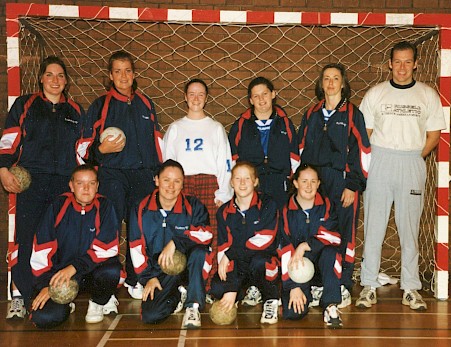 Scotland in 2008 to take advantage of the increased profile expected at the 2012 Olympics.

He re-joined the BHA board just prior to the London Olympics and is still on the board. He has been heavily involved in an international context in Handball since attending his first EHF congress in 2002 and has brought large levels of funding into the SHA from both the EHF and IHF for development.  He served on the EHF Nations Board from 2014 – 2021.

He founded Troon Handball club in 2008.  In 2012 he left  Microsoft and in 2013 became the part-time COO of the SHA combining this with his work in IT.  Stevie has spent 10 years building the profile of Handball in Scotland through various development programmes in schools, clubs, universities and colleges.

It has been a tough 23 years since we re-established the Scottish Handball Association. After finding it initially difficult to break into the Scottish Sport culture we are now seeing a huge level of interest in Handball. There has been great work by many people throughout those years on development especially at East Kilbride, Tryst, Kelvinside and Livingston.  I hope leave Handball in a much stronger position that will allow Ewan to continue the growth and make Handball an established Scottish sport.

Thank you Stevie, we wish you all the best for the future!! 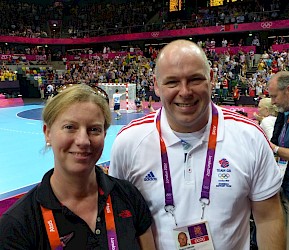 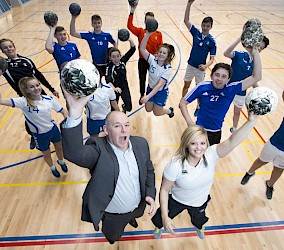 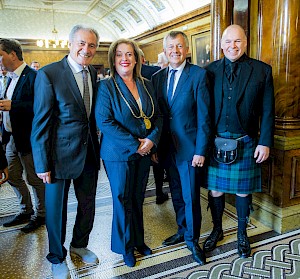