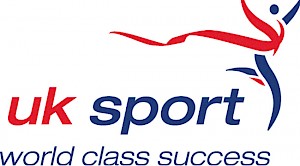 The awarding marks the first funding received by British Handball from the public body which supports Great Britain’s Olympic and Paralympic sports since the London 2012 Olympic Games.

Announced last December and following an independent public consultation and sessions with key stakeholders on funding for Olympic and Paralympic sports, the fund is aimed at supporting the costs of forming and fielding national squads for elite sports outside of the UK Sport ‘World Class Programme’ and ‘Progression Funding’ streams.

The fund, which totals £2.4m and comes into force from next month (April 2021), will enable athletes in an additional six Olympic and two Paralympic sports to attend major international championships and access other events that form the critical path to the Olympic and Paralympic Games, providing a platform on which these athletes can perform, seek Games qualification and build a future case for investment.

The awarding to British Handball is a culmination of three years of hard work, first lobbying UK Sport, the UK Government, and other agencies to support ‘non medal’ Olympic sports and then preparing a comprehensive and compelling UK Sport submission for the Paris Olympic cycle.

“This funding is a significant moment for our sport and everyone at British Handball is hugely grateful to UK Sport for recognising the need to support sports such as handball going forward.

“As an entirely voluntary organisation, a number of us spent many hours and days, across many months, on the funding documents and I would like to thank everyone who supported the preparation of our UK Sport submissions, but in particular Board members Anna Garside and Lucy McClements who worked with me on the project team and put in a huge amount of time and effort preparing this strong submission.

“Further to this, I would also like to recognise the support we received from the Performance Group, but particularly Great Britain coaches Ricardo Vasconcelos, Bill Baillie and Paul Dempsey, who helped draft the Performance Strategic Plan.

“This financial support adds to that which we gratefully receive from the International Handball Federation, as well as further support from the European Handball Federation, and is absolutely crucial in securing our sport at the elite level, providing the pathway and platform for our athletes, coaches and staff to represent Great Britain at the highest level.”

“The National Squads Support Fund is a key part of our new investment approach and demonstrates our commitment to a wider group of sports and athletes in our Olympic and Paralympic high-performance community. We are investing in a longer-term, holistic view of success, powering a broader range of sports, champions and medallists, built on the highest standards of integrity and partnership.

“Thanks to the ongoing support of the Government and The National Lottery, it is really pleasing to be confirming these eight summer Olympic and Paralympic sports set to benefit from the National Squads Support Fund. This is an important contribution for the athletes and sports involved, and we are looking forward to working with these eight sports and watching their progress as a result.”